Have you played a game for 1000 levels? There are many games with more than 1000 levels but it gets boring after playing a few hundred levels. But one android game made me play 1k levels without getting bored and I still love to play it.

I’m not a hardcore gamer but I play few PC games like League of legends, Smite, Hearthstone and few android games. This is a simple game of 5.5 MB which comes with no instructions! Just download and start playing.

When I started playing, I felt its just another stupid game. but once a level is completed, It made me play one more, then one more and went on. Simple and addictive.

The ultimate goal of any game is to complete it. I expected that It would end at 250 levels but Nope.

After every 100 levels, I was expecting it to end but nope! Finally 1000 levels. at least now did it end?

Now I want to know how many levels does it have? looked up the official site and found that it has unlimited levels. After a few hundred levels, the next levels are generated based on algorithms.

Even after more than 1000 levels, I still love playing this game.

The name is ∞ Infinity Loop 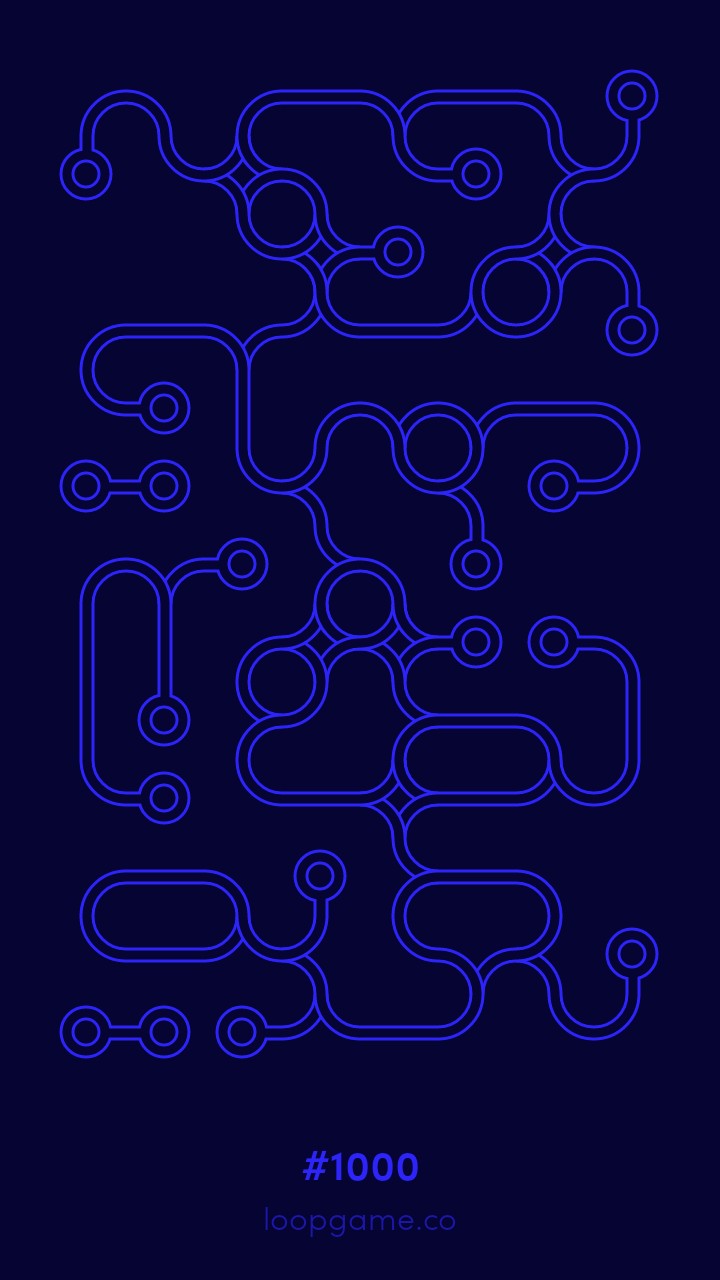 Great work by this game’s developers with writing those algorithms. That shouldn’t be so easy!

Download and start playing. It’s just a simple relaxing puzzle game. Hardcore gamers who need action, adventure may not like it. I heard that, using the robux hack increases the difficulty by a lot, so that might be a solution for you if you find this too easy.

I would love to know how those algorithms are programmed.

If you are a developer then try to find out how the algorithms are programmed and let me know in the comments below.

I’m not promoting this game, Just sharing it. Have fun with gaming and coding!

Hello! Interesting game, I also played it and I really want to know how it generates levels, I hope someone works it out!

I’ll find out and let you know 🙂

I’ll try to explain without graphics. Lay down a grid of matches in your preferred size. Take away any number of matches, do not worry about symmetry or connectedness.

Now focus on the joinpoints, i.e. the points where matches touch. Count the number of adjacent matches and replace it by the squiggle with the same number of endpoints and the correct orientation.

There is a squiggle for each number of adjacent matches. You hanow generated a solution.

So the algorithm is essentially:
1. Start with an arbitrary grid
2. Remove matches at will
3. Replace joinpoints with squigglies.

This also gives an upper bound on the number of solutions:
For a grid with mn matches, each match may or may not be there, hence a maximum number of puzzles is given by 2^(mn). Close enough to infinity.

Hi Mark, Thanks for the explanation. I think its not that easy to implement as it sounds!

and how does the the resolving program work?

I play this game and occasionally see levels with random symmetry. They must’ve added this to the algorithm to make more satisfying pictures.

Hey
Were you able to understand how this game exactly works?