Recently I started working with React Native and got a blank white screen after installing the example app.

If dev server is running then dev server can be accessed locally over USB or over Wifi.

Usually, Default settings in the react native app should work if the device is connected to PC and USB debugging is enabled. If it doesn’t then try running below command in terminal. This works if you’re using Android 5.0 or above (Lollipop)

If your mobile device and PC are on same WiFi network then this method can be used.

Make sure that dev server is running and set the IP address of your PC in dev settings. Open dev settings by shaking the phone or press and hold menu button. Get your IP address using the command ipconfig in your terminal. 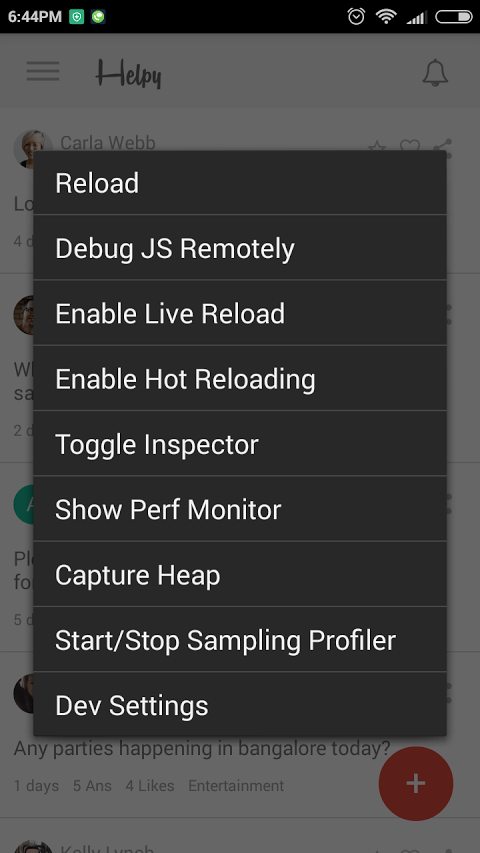 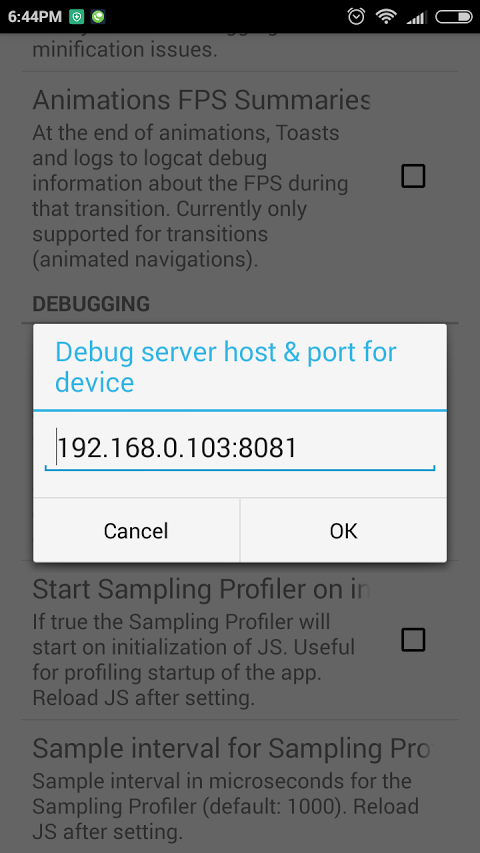 If you’re unable to access dev server over WiFi, check your firewall settings and add an inbound rule for port 8081 and allow connections.

In few android mobiles, developer menu doesn’t open by shaking the phone or long press menu button. This is because of a permission being disabled. I’m using Redmi Note which has a default permission manager which disables Display popup window permission by default. Just enable it in the app settings and it should work! 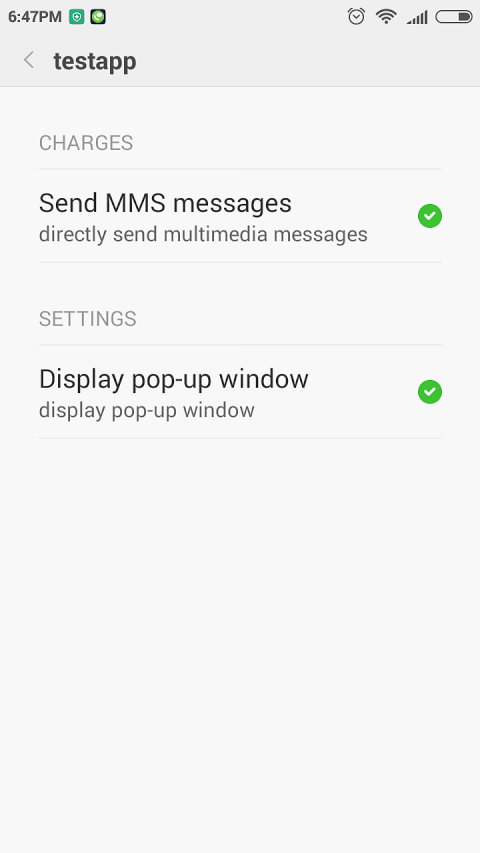 Hope this helps others who are facing the same problem.

Hey, I have been having this issue where the app would not load into the device, and I have tried everything described here. I could for example hit the d key o the development server and the developer menu would appear on my phone, but it would just not load anything, and the app would be stuck as a blank white screen with a green banner that said loading. Super annoying.

I have found a solution, and wanted to share it with you. For me (developing on Linux for Android) the issue was the node_modules folder. I deleted it and got the dependencies again by running npm i, and that solved the issue.

I hope that helps someone. Cheers.

Thanks for sharing kovax