This list of React native libraries is not curated randomly from the Internet. These are the libraries that I use personally in my apps. There may be alternatives for these libraries but I chose these after a good amount of research and trying them out in my apps.

I’m also giving some live practical examples of how I use these libraries. So here’s the list of top React Native libraries

This library is really good for quickly adding simple animations and transitions to your React Native app. This library can be used in 2 ways – Declarative and Imperative.

Declarative usage – Simply mention the name of one of the pre-built animations and that animation will be applied as soon as that element loads. Ex: Heading should slide in from left when a page is opened.

Imperative usage – If you want to play animation manually then this method works great. Ex: wobble a heart icon when someone likes a post.

You can also define your own animations! For complex animations, I prefer to use React Native’s Animated API from scratch.

Check the gif below. Profile page with simple transitions – Profile Image has a zoom in animation, Profile details slide-in left with a delay. Finally, like icon has a small wobble animation when someone likes a post.

This library has very good support for Local push notifications. It has features like schedule notification, repeat notification based on day, week, time etc which are not available in other libraries.

If your app has an offline-first approach and needs push notifications then this library is the way to go! I’m using this library in my 4cards App – https://www.4cards.in

If your app needs remote notifications sent from the server using GCM or FCM then this library is the one! FCM is nothing but the newest version of GCM. 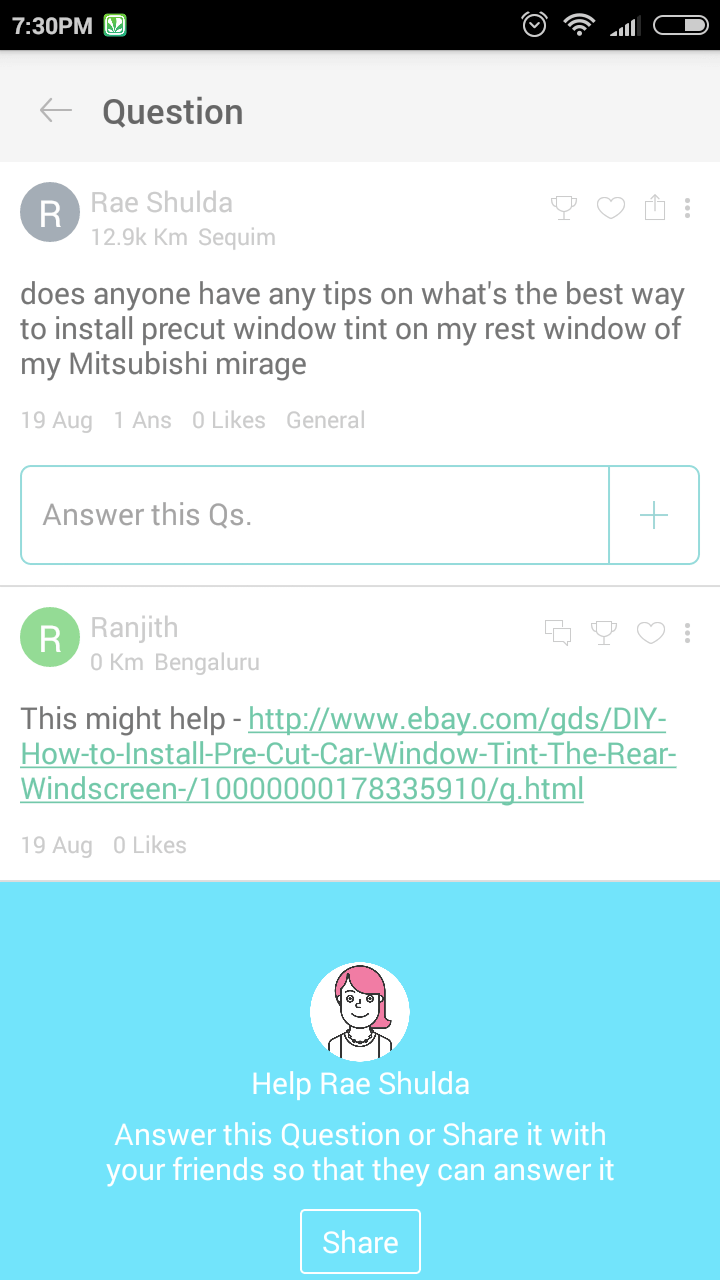 The one library you need to play sounds or music in your app. I use this library for playing app sounds and also playing recorded answers (It’s a Q n A app like Quora)

A Simple but very useful component.You can use this when you want to block user from taking any other action while something is being processed. This component does a good job by handling back button also in Android. Example: Submitting a post

Showing progress of loading or any other action is important in an app. This library makes it easy to show progress by supporting 5 different components like Linear progress bar, circular, pie etc.

Demo for this component is React-Native-Swiper demo above.

Another essential library for any app with Image upload or Image processing. It supports selecting from the gallery, Take a photo from the camera. Another useful feature in this library that I loved is the option to select the quality of the Image. This feature solves memory issues due to high-resolution images.

This library is just a wrapper around React Native’s built-in AsyncStorage API but It is really useful because of its features like promises, chaining and super simple API.

This Modal library is built upon the React Native’s Modal component but comes with many customizations and features. It just has all the feature you need to work with Modals in an app.

This library helped me to implement navigation quickly with a very simple declarative API. It maintains a stack of routes and navigation to any scene from any scene in-app is as simple as calling a function.

It supports tabbed navigation, drawer and Modals too. Modals can be defined as scenes so that a Modal can be called from any scene.

Most of the app demos above use React-native-router-Flux for the navigation system.

If you want to see it live then download our app Helpy built using React Native, available on both Android & iOS. Helpy is a hyperlocal Q n A App. In simple words, It is a simplified and location based alternative to Quora.

If you use an awesome React Native library which is not in the above list then let me know in the comments below!

Where did you find these sources.

Hey Ranjit,
Is it necessary to have an Apple device for learning Swift programming language.
Thanks.

Hi Ashutosh, What exactly are you looking for? Library for chat app UI? You can try this – https://github.com/FaridSafi/react-native-gifted-chat/

Yes – went through this one – can you DM me?

Send me a message using chatbox in the bottom right.

need assistance in a project – react native based

Hey if you don’t mind can you tell how you did the zoomable image inside the swiper?

A very informative blog with brilliant content you have posted and useful for all.

I’m very impressed for your work so I need to your help about React native.

I hope so you have replied me on this email.
[email protected]

Which one back-end technologies used in react native Like… PHP, Node etc…
you have any example with back-end with a demo like Login-register etc.. so send me. Thanks

Hi Vivek, I use Node.js for the app backend. I don’t have an example right now but I wish to make a tutorial on that.